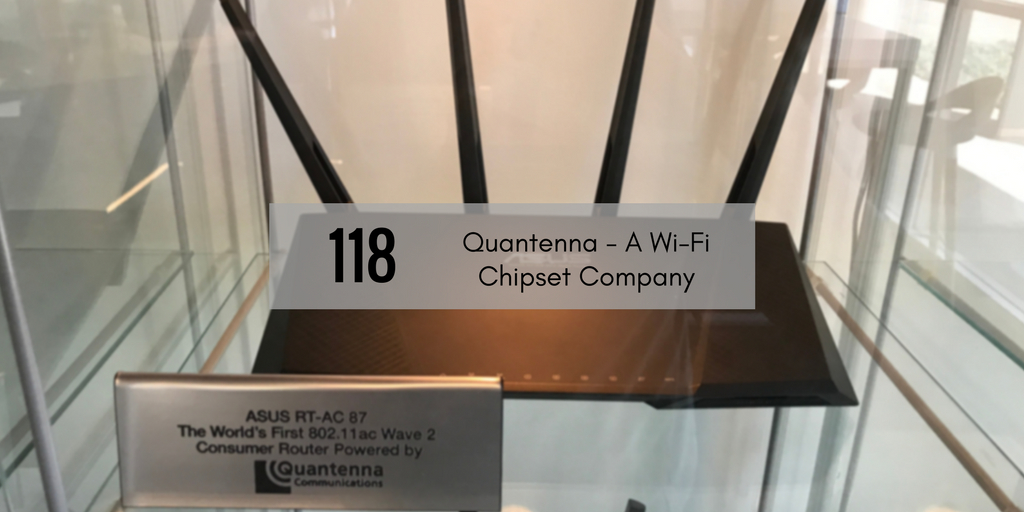 Rowell had the pleasure of meeting with Quantenna at their headquarters in San Jose, CA.

Just around the corner from my own home is the headquarters of Quantenna, in San Jose, CA. Their sign is prominent from the street and I drive by it several times. This time, I find myself sitting inside one of their meeting rooms where I am speaking with Ambroise Popper, VP, Strategy and Corporate Marketing, and James Chen, VP of Product Management.

Quantenna is a Wi-Fi chip company. Or better described as a fabless semiconductor company. They went IPO at the end of 2016 and have about 400 employees. Revenue in 2017 was around $175 million. That should give you the scale of this company. They are worldwide, designing chips in-house for a number of manufacturers.

Their focus is on high end Wi-Fi, building a chipset for home gateways or set top boxes. That means they work mostly with carriers. But that’s not the only market they are in. One company I am familiar with in the Bay Area is Mimosa. They are a customer that uses Quantenna chipsets in their hardware. Providing Wi-Fi chipset and surrounding software to carriers is their biggest market.

What Quantenna has been working on is wirelessly distributing high quality on-demand TV throughout the home without being in the proximity of a coax jack. This is where Quantenna saw 4×4 radios, where Quantenna started, as an optimal usage scenario but they do have solutions beyond 4×4 such as 8×8. Where James says the product shines is where Quantenna is on both sides of the wireless link.

Recently, Quantenna released their cloud system, ViSiON. It’s a cloud application used for remote monitoring, real-time monitoring, reporting of devices that use Quantenna chipsets. An example of monitoring could be identifying if too many reboots are happening, if boxes are seeing too many dropped packets, etc.

Where does Quantenna see the future going? People moving towards 8K video. We may not see it here in the United States, but Ambroise says go to Japan and you’ll be surprised. There’s the explosion of IoT devices, sofisticated use of audio and video in gaming and VR/AR, and there’s the usage of cloud and the synchronization of devices. And lastly, Fixed wireless and 5G technologies where companies like Mimosa can take advantage of their chips. All of which raises the demand for more bandwidth and speed.