State of Wi-Fi 6 from WLPC 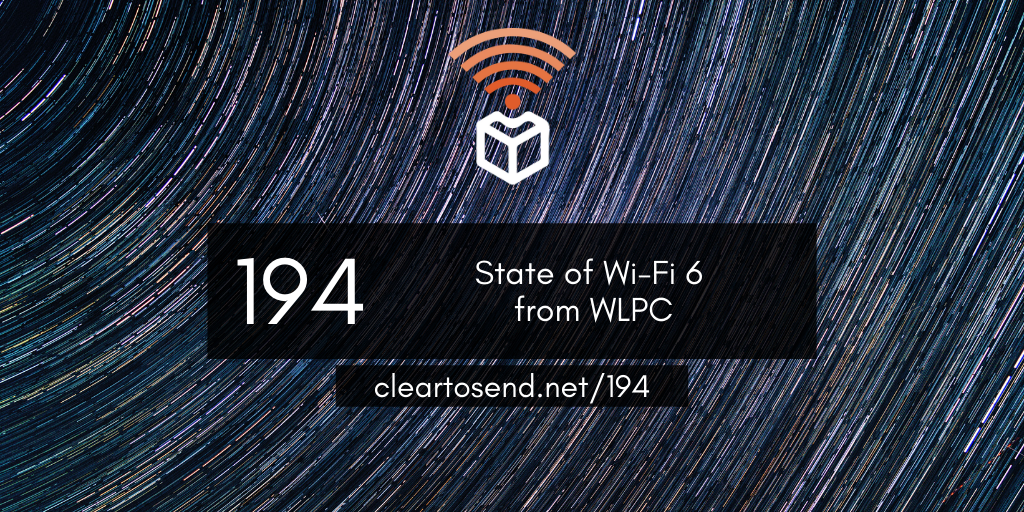 From the WLPC Prague presentation. We’ll go over our presentation and what we’ve found about Wi-Fi 6 from our testing.

You can watch our WLPC Prague presentation on YouTube from the WLAN Pros channel. It will include a live Wi-Fi 6 demo where we include the audience.

The demo consisted of 10 WLANpi running iPerf3 servers. We asked people in the audience to connect their Wi-Fi 6 devices to an Aerohive AP broadcasting Wi-Fi 6, of course. A Jetson Nano was used to capture frames.

The presentation slides can be found here.

Watch the presentation below:

As of this recording, Wi-Fi 6 still remains in draft. It is not expected to become a standard until late 2020. Today, we are currently over the peak of inflated expectations.

At WLPC Prague, we asked the audience three questions:

To start learning about Wi-Fi 6, we had to start with the theory. That meant getting the source of all information regarding 802.11ax. There were other resources we used as well:

What about the Wi-Fi Alliance?

We needed to get our hands on Wi-Fi 6 equipment. There very little devices available but we managed to get ahold of Wi-Fi 6 access points and two Wi-Fi 6 devices.

Knowing your chipsets can make or break your Wi-Fi 6 capabilities.

How did we test Wi-Fi 6? Our goal was to test the various features of Wi-Fi 6. These were based on simplicity. Just to test functionality.

First, we wanted to see what was advertised. We used frame captures to identify feature support.

To capture Wi-Fi 6 frames you need a Wi-Fi 6 device that can demodulate the signal. We tried using Wi-Fi 6 APs but we were missing frames. We stuck to the Jetson Nano as it ran Ubuntu with an Intel AX200. It was more capable of capturing than a Cisco C9115.

We used iPerf 3 to test performance. We used a Sidekick to see if OFDMA was used but we were unsuccessful.

Are we able to acquire 1024 QAM? How likely are we to use higher MCS rates?