The Wizarding World of Cisco Live 2018 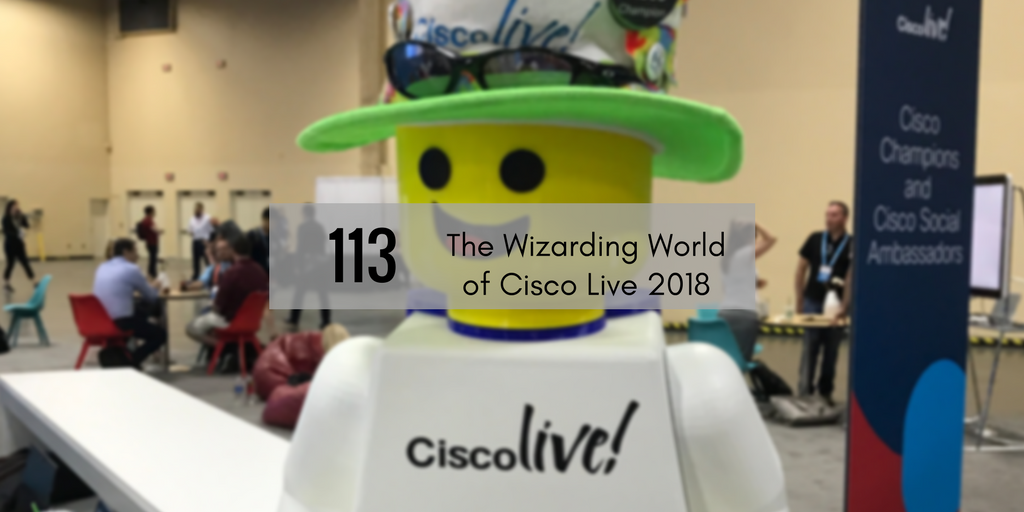 Robert Boardman, of WiFi of Everything, joins the show to tell us his thoughts on the upcoming Cisco Live conference during the summer of 2018.

Cisco Live 2018 will be from June 10 – 14, 2018 in Orlando Florida. Robert and I are both Cisco Champions. We decided to get together and record two shows at the same time. This CTS episode will also air as a video for the WiFi of Everything Show.

This is our first time attending Cisco Live in Orlando. One of the most visible parts of this conference is the Customer Appreciation Event. Let’s just get that out of the way. This year, Cisco is having the biggest party ever. All attendees will have Universal Studios all to themselves! There are multiple musical performers lined up and Cisco Live attendees will have the chance to have unlimited rides at the park. In addition to that, there will be food and drinks available. We’re looking forward to that.

Okay, now for the serious stuff. Have you seen the sessions that will be at Cisco Live? Being this is a Wi-Fi focused show, we have highlighted just a few:

I’d like to see how far DNA Assurance has come along after first seeing it last year at Cisco Live 2017. Unfortunately, I haven’t ran into anyone who has it implemented. Hopefully there are some real use cases this time.

This could mean one thing right? 802.11ax? Maybe or maybe not? Will there be a new access point announced? New controllers? One can assume.

Security. Often forgotten and implemented after the fact. With wireless being a main point of connection, it’s important to keep it secure.

Optimize your WLANs for iPhones and iPads

We run networks predominantly used by iOS devices. So it only makes sense to optimize it for them and plus we’d like to know what else is coming out of the Cisco + Apple partnership.

Getting involved in the wireless community is one of the primary reasons we’re attending. We love meeting new people, learning about what they do, and making new friends. This year is no different from the last.

What’s new? We will be recording WiFi of Everything videos! Stay tuned for what’s to come. There will also be CTS episodes recorded. As we get closer to the conference we will announce days and times.

Look out for Figus! He’s the guy you see in the image above. He’ll be better than last year and ready for social interactions!