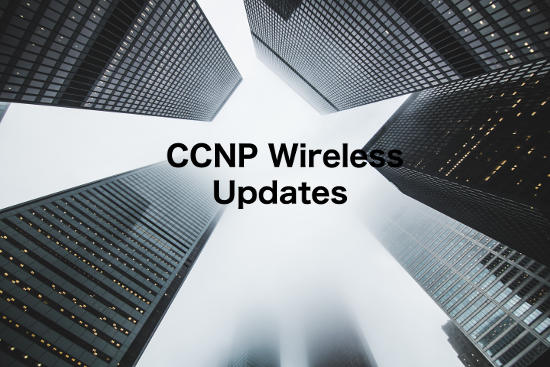 The new CCNP Wireless exams are:

Be prepared for the lab simulations in any of these exams as there is an emphasis on it based on the objectives. Additionally, the candidate will need to know at least the following:

If a physical lab is in sight for you, be sure you can work with the list of technologies above.

The CCNP Wireless WIDESIGN exam focuses a lot on designing WLANs. From gathering requirements to predictive and validation surveys. You may even see a question or two relating to Ekahau Site Survey.

I’d say this exam is the most important out of all the CCNP Wireless exams.

The focus of the deployment exam targets Cisco technologies specifically. We’re talking about the deployment of access points, controllers, mesh, and more Cisco proprietary subjects such as FlexConnect.

It would be advantageous to have a physical lab setup to practice these objectives.

Troubleshooting is a big part of wireless. I’d go far to say it’s just as important as designing.

There’s going to be a large focus on debug messages, show commands, log messages, etc. So sit tight and lab it up.

The security aspect of wireless. Cisco has removed previous technologies such as NAC, WCS, and ACS. There’s a large focus on standards such as 802.1X, EAP, AAA, and policies. Taking those standards in mind, you will need to translate that into a Cisco configuration.