The Federal Communications Commission (FCC) just proposed up to 1200 MHz of spectrum for Wi-Fi use by unlicensed devices. These devices would operate in the 6 GHz band, more specifically 5.925-7.125 GHz.

There are incumbent users of the frequency space but Wi-Fi devices utilizing that frequency, used by Broadcast Auxilary Service and Cable Television Relay Service, would only be used indoor at low power.

Having up to 1200 MHz available for Wi-Fi is great news! It provides more spectrum to a finite resource that we’re beginning to see in the 5 GHz spectrum. With 5 GHz, we are now seeing congestion. We’re limited with the amount of non-overlapping channels. And we’re unable to fully utilize 80 MHz and 160 MHz channel widths.

The industry may be able to see the increase in throughput with more non-overlapping channels at the network operators disposal.

This is a big step forward in the right direction. Wi-Fi needs the frequency space for unlicensed devices and for the industry to innovate further. 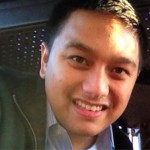